Fibromyalgia – Fibromyalgia is an autoimmune-related disorder in which there is widespread musculoskeletal pain and tenderness that can be paired with fatigue, sleep, memory and mood issues. Individuals diagnosed with Fibromyalgia may be more sensitive to pain and have what is called abnormal pain perception processing. Occurring in approximately 4 million adults in the US (or 2% of the population), the cause remains unknown but treatment and management options can still be effective.

Is Fibromyalgia an Autoimmune Disease?

Based on the symptoms and interactions that Fibromyalgia causes to our bodies, there is certainly correlation between Fibromyalgia, our immune system, and autoimmune diseases. In fact, many instances of Fibromyalgia occur as a precursor or secondary condition to other autoimmune diseases. According to the American College of Rheumatology, you are much more likely to develop Fibromyalgia if you already have another rheumatic disease (like Rheumatoid Arthritis, Spondylitis, Lupus, Osteoarthritis, and more). Fibromyalgia is considered a disease with no current cure; however, many medications and lifestyle changes can help control the symptoms and quality of life.

Fibromyalgia is most common in women (though it can still occur in men), and most often starts in middle adulthood. What makes this a more complicated disease to diagnose, treat, and ultimately live with day to day is the differing symptoms and manifestations person to person. As we know all too well with anything autoimmune related, each of us has a unique body and individual experience. However, there are key symptoms with Fibromyalgia that seem to be the most common across the board. While our experts and sisters living with these diseases know a great deal of research, it’s always best to check with your doctor if you are experiencing any of the below symptoms.

Currently, there is no known cause of Fibromyalgia; however, there are a number of established theories as to its’ origin and trigger. Most patients with Fibromyalgia develop the disease symptoms after a particularly stressing life event. This could be a physical, mental, or environmental event, such as: surgery, infection, trauma, or significant psychological stress. In others, Fibromyalgia plays a genetic component as it tends to run in families. Though research still needs to be done on further establishing a solidified cause and effect for Fibromyalgia, it becomes increasingly clear that pain receptors in the brains of Fibromyalgia patients seem to develop a sort of sensitized response to pain signals throughout the body.

You may have heard of the Trigger Point (or Tender Point) test for diagnosing Fibromyalgia. This test has historically been performed in order to identify Fibromyalgia and heightened sensitivity in patients. The idea around this test is that a patient has a number of trigger points throughout the body (typically 18) that would indicate symptoms of Fibromyalgia. These trigger points include:

The idea was that if pressure from a finger (like poking) caused someone to flinch or wince in 11 out of the 18 trigger points it was considered enough to diagnose Fibromyalgia. The issue that has come out from this test is the subjectivity of pain and sensitivity, as well as the subjectivity of pressure and testing. One physician may apply more pressure than another physician AND one patient may be more sensitive than another.

“One of the things that’s true in people that have fibromyalgia is that they have a reduced threshold to pain,” says Frederick Wolfe, MD

Rheumatologist and fibromyalgia expert in Wichita, Kansas, who helped create the original and updated fibromyalgia diagnostic criteria from the American College of Rheumatology.

Therefore, the trigger point test is no longer considered an effective test for Fibromyalgia today – though some physicians still use it to build a broader diagnostic case. Diagnosis is challenging as there is not a simple X-ray or blood test that determines Fibromyalgia. On the contrary, a physician (most often a rheumatologist) should take into account a comprehensive patient history and symptom view.

Treatment of Fibromyalgia should be a mixture of medical and holistic options as there is little research today that tells us about just one tried and true solution. One of the most common and researched medications to treat Fibromyalgia actually falls under the anti-depressants family. Because of the overactive pain receptors in the brain, it is thought that the active ingredients in some anti-depressant medications target those same receptors and calm their heightened activity.

Lifestyle modifications are some of the core treatments for Fibromyalgia. Managing symptoms of the disease can be accomplished based on your individual lifestyle and needs, but the following options can help tremendously with quality of life and pain management: 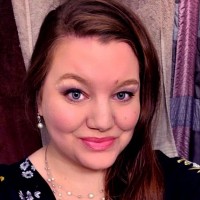 A little about me: I live in (West) Michigan and I could not love this state more than I already do. I strive to advocate, promote, and recognize everything my Mitten state has to offer. I’m a digital marketer by day and by night - a writer - a digital junkie - and a freelancer. I strive to eat and drink locally whenever possible. I’m an avid reader. I’m married to the world’s greatest husband, and mom to two sweet boy kitties. Addicted to Instagram, iced chai lattes, and Tony's Chocolonely chocolate bars. I try to eat dairy free, mostly gluten-free, and moderately refined sugar free whenever possible. [READ ALL ARTICLES]