Blog / How to Break Through Limiting Beliefs For Better Health

When I was young, I was told or observed that I wasn’t good at math. I grew up believing this and it changed the actions I took for decades.

Limiting beliefs and the stories we tell ourselves can keep us from taking action that we need to take to do better, get healthier and achieve amazing things. This little math story I told myself changed the trajectory of my career choices when I was growing up and really influenced which major I decided on in college.

Limiting beliefs and stories stem from subconscious beliefs developed as children and through our young adult life to explain the things we observed or heard. Our young brains try so hard to make sense of things, to categorize them or make rules from them so we know how to act in order to survive.

These become a part of our underlying operating system that we’re often unaware of.  We react based on these stories and beliefs. We make decisions based on these. Now, because of our strong negative biases which make us fearful of quite a lot, we tend to not just play small but play within the confines of the operating system. Most of what stops us from achieving what we want isn’t external, it’s internal. It’s a prison of our own making.

Let’s bring it to health – you’re told that you have Hashimotos by a doctor and will always have to take thyroid medication and it’ll just get worse, never better. Ouch! This sticks. It sticks because you have a belief that doctors are authority figures and always right. Never to question them. On top of this, your negativity biases tell you not to question for fear of being yelled at or making the doctor angry.  So you go home and do nothing except swallow the pills you’ve been given – feeling like a victim.

Where did that belief come from? Were you told as a child never to question adults? Maybe you heard your parents talk about a doctor “well the doctor said this so that’s what I have to do.” Your growing brain categorized that as “The doctor is always right AND you must do what they say.”

The thing is that most of these beliefs that we form when we’re young aren’t based on fact.

Is it a fact that doctors are always right? Nope

Is it a fact that questioning your doctor will make him/her angry? Nope

I could go on and on but even in my earlier example – Girls are always bad at math and since I’m a girl I’m bad at math. There’s no truth here. The fact was I was always good at school no matter what subject. I just didn’t understand my male teachers when they were trying to teach math. Once I had a woman teach me math, it was so incredibly clear due to her teaching style.

What Happens When You Break These Beliefs

So what happens when you break those limiting beliefs and stories you tell yourself? You begin to take the action you need to take, to be the person you know you’re meant to become. You’re no longer a victim but rather someone who has the power to shape her own future.

So, it’s time to be BOLD. Question your beliefs and stories you tell yourself. Question them every time they come up and dig deeply.

Are you feeling stuck in an autoimmune rut? Try this simple exercise to start to break the belief.

If you’d like to learn more about how your mind may be blocking you from realizing the present and future you want, check out these great resources.

Becoming Supernatural by Dr. Joe Dispenza – This book will show you how to change your mind and body through your thoughts

Total Meditation by Deepak Chopra – Training your brain through meditation will keep you living in the present instead of the past or future.

Limiting Beliefs by Ruth Logan – A great guide on how to break through limiting beliefs. 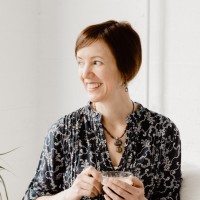 Jessica is an Integrative Health Practitioner and Health Coach focused on thyroid, hormone and gut health. With a background in sustainability and environmental toxins she's able to help clients troubleshoot how their environment may be affecting their health. Jessica offers functional medicine lab testing and epigenetic hair testing to get to the root cause of imbalances. Learn more @jessicagreenwellness [READ ALL ARTICLES] What is Food Sensitivity Testing