Blog / Toxic Mold and Autoimmune Disease: Is There a Connection?

How Do Autoimmune Diseases Develop?

According to researchers at Johns Hopkins, three factors are at play in the pathogenesis of autoimmune diseases. They are genes, immune system, and the environment where the patient lives.

As scientists at Johns Hopkins explain it, genes predispose a person to having a disease or condition; immune system dysregulation creates pathological damage; and the environment (everything from diet and lifestyle, to trauma and stress, to viruses and infections, to pollutants and toxins) delivers the trigger that makes autoimmune diseases apparent.

While we cannot control our genes or immune system response, we can manage our environment. Controlling stressors is vital to mitigating symptoms and avoiding flare ups. Just ask anyone with Hashimoto’s, Psoriatic Arthritis, or Multiple Sclerosis.

Some environmental elements, however, are out of our control … like mold.

Mold, part of the Fungi kingdom, is a natural part of the environment. Molds reproduce by releasing tiny spores into the air that colonize when settled on moist surfaces. Because mold spores are airborne, they are everywhere.

Outdoors, mold plays a vital role in our ecosystem by breaking down dead organic matter, such as fallen leaves. Indoors, however, mold can damage building materials and cause health problems. This is particularly true for those who are allergic to mold spores or have respiratory ailments, such as asthma.

But not everyone responds to mold in the same way. Our individual genetic makeup determines if mold exposure will cause an inflammatory response.

A mold allergy is an immune system response to an exposure to mold spores, usually affecting the sinuses and lungs.

Mold toxicity is an illness caused by exposure to mold biotoxins called mycotoxins.

Not all mold is toxic. Molds that produce poisonous substances are called mycotoxins.

According to the World Health Organization, there are several hundred types of mycotoxins. Two of the most poisonous are Aflatoxin and Ochratoxin A — produced by species of Aspergillus and Penicillium, respectively. Both are commonly found on dry foods (like cereal grains, oilseeds, spices, and tree nuts) and in moisture-damaged homes.

Some mycotoxins are visible to the human eye and can even smell musty; others grow undetected for years behind walls and floorboards, wreaking havoc on homes and human/animal health.

How Do Mycotoxins Affect the Body?

For some people, exposure to toxic mold can cause an inflammatory response within the body. Allergy symptoms, such as sinus infections, congestions, wheezing, and headaches, are common. For others, mold-induced inflammation can compromise gut permeability and break the blood-brain barrier. This may manifest as digestive issues, gut dysbiosis, headaches, brain fog, memory loss, sleep disruption, vision impairment, rashes, and mood swings.

Is There a Connection Between Toxic Mold Exposure and Autoimmune Disease?

Inflammation is a common thread among all autoimmune diseases. Mycotoxins can cause inflammation. As such, there seems to be a connection between toxic mold exposure and autoimmune disease, as supported by many well-known functional medicine doctors.

A scientific study was later published showing the link between mycotoxins triggering Hashimoto’s Disease in those who were predisposed to the condition. This study has been cited in many articles, including ones published by experts Dr. Anshul Gupta and Dr. Isabella Wentz.

More recently, functional doctor and researcher Michael Ruscio wrote about the connection between toxic mold exposure and chronic illness. However, he cautions about the complexity of the illness and making the leap from correlation to causation.

The connection between toxic mold and autoimmune disease and/or chronic illness remains somewhat controversial. Testing technology and treatment protocols are still quite limited. That said, if you suspect toxic mold exposure is negatively impacting your health, take action.

Work with an indoor air quality professional to test the air quality of your home and/or work place. Hire a certified mold clean up specialist to remediate. No amount of detoxing will resolve the problem if you continue to live in a toxic environment.

Work with your healthcare provider to test the presence of toxic mold in your body. Some common tests include:

Eliminating the source of the mold is the first step in recovery. Step two is supporting your gut health and opening up your detoxification pathways. And step three involves a protocol to bind and excrete mycotoxins from the body. What your protocol will look like depends on your individual situation. Be patient. Recovery takes time.

We can make the case for correlation, but we cannot make the case for causation just yet. Currently, there is not enough scientific evidence to support toxic mold exposure as a cause of autoimmunity; we need further research to make that jump.

AUTHOR’S DISCLAIMER: I am not a doctor, physical trainer, registered dietician, or health care provider, and am not licensed to give medical or nutritional advice. This article should not be taken as medical advice, diagnosis, or treatment. Always consult your doctor and/or professional medical team to determine if the ideas discussed herein are appropriate for your individual circumstances. 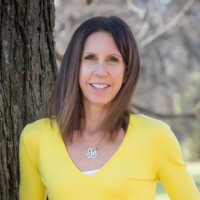 I am a freelance writer/editor, blogger, and middle-aged married mom of two teenage boys who embraces her flaws and lives life with moxie. Thirteen years ago, I was diagnosed with Hashimoto's Disease (following unrelated heart surgery) and struggled with all the usual side effects, plus menopause before age 40, osteoporosis by 45, and Raynaud's Syndrome by 47. Through a series of lifestyle changes, and the support of a team of professionals that includes an endocrinologist, functional medicine doctor, and therapist, I've been able to shift my mindset and manage my disease with fewer flare-ups. Today, I am living my healthiest life -- and eating ALL my vegetables! [READ ALL ARTICLES] How to Travel to Hot Countries With an Autoimmune Disease How to Naturally Balance Hormones