It all started with a unique spin on Lent by committing to a 40 Days of Yoga Challenge, but it ended with so much more than I could have imagined. Every year I try to do something positive for Lent instead of the traditional sacrifice. Some years I do both “giving up” something and “giving in,” but this year I felt called to deepen my yoga practice. The reason I chose to do 40 days of Yoga was really to see if I could keep that commitment to myself and to my faith. I love yoga, but 40 days straight was certainly going to be different. It was sure to be a challenge for my physical body, mind and soul.

Simple, really. I would set out on the first day of Lent to do some form of Yoga practice daily. There was no time limit or required level of intensity. Just focused time set aside each day for this. Funny story, my friend Ashley, who is also a fellow Autoimmune Sisters Writer, was doing a 30 day yoga challenge at the time and it really inspired me! Something about doing this at the same time as a friend was really special. That’s it. 40 days of Yoga. So now that you know how it started, how about how it actually went?

Yoga for the Mind:

During the 40 days of Yoga, you can imagine the impact it had on my mindset. I found myself enjoying it more than ever especially after the first consecutive week, but there were also some very BIG shifts that happened overall. I felt more focused. I wasn’t snapping at my kids…as much. I really felt the zen and the inner peace that so many avid yogis talk about. In my opinion, the combination of both the stillness and active poses really work together to create this flow of prana, or life force. This word comes up a lot during yoga, but I really started to feel it first hand.

I have always been a mindset advocate and a positive thinker, but this was on a whole new level. I grew to look forward to the yoga sessions as they provided a time of such deep reflection. My yoga mat became of place of inner peace. Even during the classes that were physically tough it provided me with an avenue to contemplate, reflect and most importantly…BREATHE. Don’t underestimate the simple act of focused breathing and what that can do for the mind.

Yoga for the Body:

As you would expect from doing 40 days of any physical movement, your body changes too. In fact, there were a couple of things that I documented (mentally) at the beginning of the journey that were tough & physically impossible for me to do. (i.e. Full Wheel aka Urdhva Dhanurasana and Crow aka Bakasana). I had gotten into these poses before, but was never able to hold them, let alone get deep into them. This would become somewhat of a mini challenge inside of the challenge.

I didn’t work on those specific poses daily, in fact, I was really flexible and fancy free with the way I chose my class for the day. I just did what spoke to me on my Peloton App most days or took a local class. There are some great online yoga resources I rounded up here in this article. At about halfway into the challenge, I successfully got into both Crow and Full Wheel and actually stayed there for the whole time the instructor deemed fit. Whoa. My body was getting stronger. ALL of the poses I found myself in daily were helping me to build on the other.

For me personally, my body feels good after yoga. Not just physically strong, but also flexible and relaxed. If you have ever laid there in Shavasana for more than a few minutes after a long class then you know what I am talking about.

Yoga for the Soul:

The part of me that changed the most is hard to explain, but I will try. Committing to something for 40 days in a row…actually scratch that, as I write this I am actually proud to report that I just completed my 53rd day in row of Yoga!! Committing to something that long, really changed me. At a deeper level this challenge proved that I was NOT going to break a promise to myself. It meant that I was giving myself the same level of commitment that I so willingly give to others. It meant that I decided “I” was worth doing the hard thing for. And that, my friends, is priceless.

How-to Do Your Own Yoga Challenge:

For those of you that might be wanting more of the nuts and bolts of it instead of just what it changed for me, I wanted to put together a little how-to guide, if you will.

From one yogi to another, you got this!! You deserve keeping that promise to yourself and trying a Yoga Challenge of your own. You never know, you might even find a love for yoga along the way. Namaste. 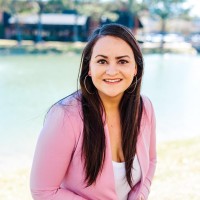 Becca is a wife, mother, and certified Epigenetics Coach. She has a passion for all things mindset and activating abundance in life and wellness. The Mind-Body connection really came together for her when applying Epigenetic principles to healing herself. With her Hashimoto's in remission, she is blessed to use her unique approach to help women unlock their own ultimate vitality and wellness. [READ ALL ARTICLES] Recipe for a “Golden Milk” Experience Summer With All Your Senses (Part 1)