Are autoimmune diseases hereditary? That may be a question you ask yourself. Especially if you are newly diagnosed, planning on having kids, or just straight up curious. I have questioned it. However, I have a direct line of autoimmune disease in my family which made my experience different. I am also intrigued by all the research articles and literature on the subject having a scientific background.

There is a lot of science when it comes to autoimmune disease (AD). And it can be overwhelming, I get it. There are a lot of terms that get thrown around with AD. It can be hard to keep them straight. Words like, hereditary, genetic, environmental, immune system…make you want to pull your hair out. So, to answer “are autoimmune diseases hereditary?” I think it is best to understand what hereditary even means.

The two terms are used interchangeably which causes some confusion. Something that is hereditary means that it runs in the family. One or both parents pass it down to the child. Whereas genetic is a term which refers to anything that has to do with our gene sequence or DNA.

What gets passed to you from your parents are Genes. So you can see, it is easy to get everything confused. You also have to understand that there are 2 types of diseases. Genetic diseases, caused by a mutation in someone’s gene sequence. These are not necessarily hereditary. Then there are hereditary diseases. There may be a genetic component that is passed on from one or both parents to the child.

Is there a specific Autoimmune gene?

The research is still out there about this. There has been no confirmed one gene that causes autoimmunity. Scientists know there are many factors that play into whether you develop autoimmune disease. Those include environmental factors, your immune system, and whether you have predisposed genes.

From what scientists, doctors and researchers have seen, it takes more than one gene for autoimmune disease to develop. But, there is still so much to learn in this area. What they have seen as well is that autoimmune diseases tend to cluster in families. Which would make them hereditary in nature. But, it doesn’t have to be the same autoimmune disease.

There is significant evidence that AD clusters in families.

They just don’t know the full scientific story. This article gives some good general background, but beware, it’s science-y! Some diseases are more common than others that run in families, like Lupus or Multiple Sclerosis. Typically, there may be a few that occur in the family. Depending on the genes you inherit mixed with other factors, like environmental factors, determines if disease will develop.

When the same disease clusters in families, that is called familial aggregation. There are many articles out there that reference this. However, scientists are now looking at familial autoimmunity. That is when many different diseases cluster in families. Research is still needed in this category. But, a meta analysis (fancy term for a review of many articles) of articles that talk about familial aggregation imply some kind of familial autoimmunity as well.

Now, you may think, “well there is no AD in my family.” But think back even a decade ago. The medical field has made leaps and bounds and back in the day, they may have gone undetected. My family, for instance, has some sort of autoimmunity genetics going on. I have Crohn’s Disease, my mother has Crohn’s Disease, and my maternal grandmother had Multiple Sclerosis. My mother says that other older family members complained of autoimmune related systems way back when as well.

I clearly carried some sort of gene that was triggered by me having the norovirus in December 2010. But, my sister has gone through 25 years of life unscathed and my dad doesn’t have an AD. Does that mean my sister didn’t inherit the genes? Or has she not experienced an environmental trigger? This study is still underway!

Here are the takeaways:

There is so much information out there in regards to genetics and hereditary reasons for AD. I tried to keep it to the basics, but overall, the jury is still out on this topic. The important things to consider:

Places to find more information on AD and genetics:

And of course, right here at Autoimmune Sisters! Previous PostChoosing Safer Sunscreen and Why It Matters
Next PostHow Much Water Do You Really Need Each Day? 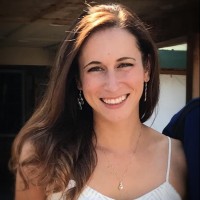 The Scoop on Sunscreen